Warning: "continue" targeting switch is equivalent to "break". Did you mean to use "continue 2"? in /home/public/wordpress/wp-content/plugins/jetpack/_inc/lib/class.media-summary.php on line 77

Warning: "continue" targeting switch is equivalent to "break". Did you mean to use "continue 2"? in /home/public/wordpress/wp-content/plugins/jetpack/_inc/lib/class.media-summary.php on line 87

Brett Ascarelli is usually based in Stockholm, Sweden, where she moved from sunny California. About halfway through the winter, she sometimes wonders why.

This is her website, where she stashes links to a few of the pieces she’s been proud of at one point or another. (She mainly produces radio for the English division of Swedish Radio, where she has worked since 2010, but she also produces independent stuff. You can hear a bit of both on this website.)

In her independent projects, Brett is particularly interested in experimenting with different ways to create stories. If you’d like to collaborate or exchange ideas about making radio, please get in touch with her.

In case you were wondering about her formal qualifications, here are a few: she holds a Masters in Fine Arts in Performing Arts and Media from the Stockholm Academy of Dramatic Arts (formerly called Dramatiska Institutet). She also holds an M.F.A. in Experience Design from Konstfack University College of Arts, Crafts and Design, in Stockholm, and she received her Bachelor’s degree from Duke University, in North Carolina.

Her audio work has won an honorable mention at In The Dark – Sheffield Doc/Fest, it has also been played at the International Features Conference, and it has been nominated for a Prix Europa. 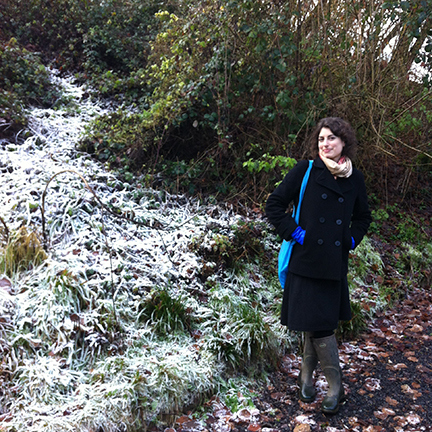 There’s actually a microphone and recorder in the tote bag.